Allen Mireles Consulting in the News 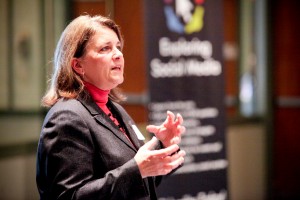 Toledo, Ohio, June 4, 2012 – Marketing and social media strategist, Allen Mireles, will keynote the upcoming Chicago Counts 2012 event on June 9, 2102, in Chicago. Ms. Mireles will discuss the essential questions nonprofits must answer before leaping into social media and online marketing activities. “In 2012, the pressure to get involved in social media and online marketing is intense, especially as nonprofits are feeling the effects of a tight economy and decreasing funding sources,” said Allen Mireles. “While some nonprofit organizations have learned to negotiate the world of social media effectively, many more are struggling with small staffs, smaller budgets and lack of experience in using social networking and social media to help meet organizational goals.” 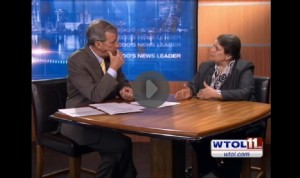 Excerpt: Social media marketing and public relations strategist, Allen Mireles, will speak at the upcoming PRSA NW Ohio chapter luncheon on Friday, September 16, 2011. The topic, “Google Plus for Marketing and Public Relations Professionals: Worth Your Time?”, will include a presentation about the nuts and bolts of using Google’s new social network and a discussion about its potential value for businesses and organizations. “People are feeling overwhelmed these days and many professionals have adopted a wait and see attitude toward new communications technologies,” said Allen Mireles. “However, in today’s marketplace we need to know how to use these tools and to be able to make recommendations for our clients and employers,” she added.

The presentation will take attendees through the Google Plus features and benefits and will showcase some creative business uses of the new social network. Google Plus is still in beta testing and available by invitation only. Each attendee will be provided with a Google Plus invitation.

Excerpt: The eagerness of Toledo’s business professionals to delve into the world of social media and online marketing drew social media expert Jason Falls, of Louisville, Ky., to host his first Exploring Social Media Business Summit May 18 at the Toledo Hilton hotel.

The seminar is the first of its kind in Toledo.

“We typically have to go to Detroit for social media stuff,” said organizer and Toledo-based social media strategist Allen Mireles. “We’ve never really had anything of this caliber.”

The summit will attempt to cover everything people need to be effective in building their business’ online presence from digital marketing experts including Falls, Mireles, Joe Pulizzi, Erik Deckers, Chris Baggott and more, Mireles said.

“Every single one of these folks I’ve seen talk and I know they’re going to deliver value,” Falls said.

Falls said the seminar will give businessmen and women a much deeper understanding of what content strategy is, why it’s so important and how to be confident that developing a content platform for their business is possible.

“The progression to how we’re doing business is moving online. How a business is represented is really, really valuable,” Mireles said. “They want their sites to come up early in searches but they don’t understand that their social networks are part of the equation.”

Mireles said the speakers and activities at the seminar will help businesses that are already active social media users and those who are just curious to learn how to create a successful online presence. (Read more…)

April 20, 2011- Allen Mireles speaks at: Make Social Work for YOU
Guest panelists Allen Mireles, Kevin Cesarz, and Tim Varner with MC Bill Steele will have an interactive audience participation discussion on how e-marketing and social media can become a part of your business. Overcome the challenges of marketing over the internet and discover why micro-brands are exploding while traditional brands are struggling. Differentiate yourself from the competition and learn how to drive business to your website.

March 7, 2011- Allen Mireles is listed on Ragan’s PR Daily.com as one of 20 PR Experts to Follow on Quora by Mickie Kennedy
Excerpt: Quora is quickly becoming one of the go-to places for folks seeking expert advice on a wide variety of topics, including public relations.

There are a number of PR pros already creating discussions and answering tough questions on the website, so it’s a great place to poke around and see what others in the field are saying…

Here are 20 experts to get you started. (Read more…)

Excerpt: The newest way to say “I love you” on Mother’s Day: social media.

E-Trade is launching a Mother’s Day BabyMail promo. Others celebrating Mom with a social-media twist include Teleflora and iVillage.

“Social marketers who keep it real will do best,” says social-media guru Allen Mireles. “Social networking is fabulous, but for communication on Mother’s Day, nothing replaces a phone call — or showing up in person.” (Read more…)

April 20, 2010- Allen Mireles is listed as one of Site Pro News‘ 26 Small Business Websites You Can Trust

Excerpt: With so many scams and rip-offs prevalent on the Internet, I decided to compile a list of small business websites you could actually trust and rely on. In order to compile my list, I surveyed hundreds of small business owners, and asked them which small business services they used, trusted and would recommend to others…I had two main criteria for a website to make my list:

April 15, 2010- Allen Mireles is featured as one of 20 Social Media Divas You Should Be Following  by Francico Rosales on SocialMouths

Excerpt: To finish the week, we wanted to spread some love and create a list of the most influential women in social media today. These women are either providing great content online or leading the industry into new concepts or technologies. The truth is that they are leaders worth following online. (Read more…)

Excerpt: Allen Mireles will share her insights into how to attract business using social media and online publicity. She will discuss how the two fields come together and can be used for maximum results. Be sure to listen as one of the really great experts shares her ideas and experience. (Listen here…)

February 2, 2010- Allen Mireles is featured in CIO.com and MacWorld.com: How To Protect Your Reputation Online by Kristin Burnham

December 9, 2009-Allen Mireles is interviewed by Marcia Hoeck, of Breakthrough Business.com, in Building Your Presence in Social Media.

July 29, 2009-Allen Mireles is named one of 25 Very Smart Business Women to Follow on Twitter by Dianna Huff
Excerpt: Since joining Twitter in October 2008, I’ve had the chance to “meet” lots of really cool women. Many of them are in marketing, some are not, but they all have one trait in common: they are very, very smart. (Read more…)

Local response is strong for the breakfast meeting, which will combine an overview of web 2.0 social media with an opportunity for business networking. “Every day, businesses and organizations start to realize the benefits of social media,” said marketing/PR strategist, Allen Mireles. “Getting involved with social media, especially on a business level, can seem overwhelming at first,” she stated. “The Social Media Breakfast Toledo will provide area businesses with an introduction to social media as well as a chance to ask any questions they may have.” (Read more…)

It’s easy to get started!

Fill out my contact form, give me a call, send an email, or find me on social media. I can't wait to hear about your project!